First-ever co-financing of an infrastructure project by ADB and GuarantCo in the region.

GuarantCo provided a USD 50 million partial credit guarantee to a private sector European institutional investor to support Kacific build, own and operate its first shared geostationary earth orbit, high-throughput satellite. The satellite is targeted to be launched by SpaceX in December 2019 and operational in early 2020 delivering significant development impact to communities living in remote small island countries, larger populous islands like Indonesia, the Philippines and mountainous areas with a low population density where the only viable option to connect communities to broadband services is through satellite. There are currently over two billion people in Asia and the Pacific Islands who do not have access to broadband internet connections because of the high cost and the lack of existing infrastructure due to geographical challenges.

“We are proud to have made a contribution to the Kacific satellite launch which will provide reliable, affordable and high-speed broadband access to people living in remote areas in Asia-Pacific and encourage economic growth in some of the lowest income countries in the world”, says Lasitha Perera, CEO at GuarantCo. “It is another example that aligns with our vision to become a centre of excellence for credit solutions for infrastructure finance in lower income countries thereby assisting with the alleviation of poverty.”

“The co-financing support from GuarantCo and ADB is pivotal in making sure Kacific can develop the necessary infrastructure to support our Kacific1 satellite and its services. This commitment will lead to life-changing outcomes enabling communities to use fast, affordable internet services for education, healthcare, economic development and social inclusion.” 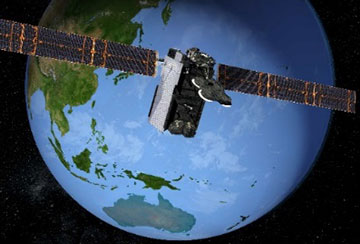 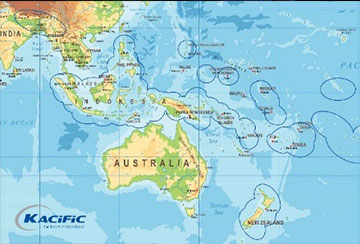 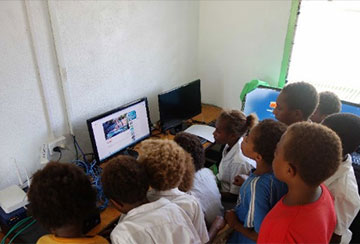 GuarantCo mobilises private sector local currency investment for infrastructure projects and supports the development of financial markets in lower income countries across Africa and Asia. GuarantCo is part of the Private Infrastructure Development Group (PIDG) and is funded by the governments of the United Kingdom, Switzerland, Australia and Sweden, through PIDG, and the Netherlands, through FMO and PIDG. GuarantCo is rated AAA- by PACRA, AA- by Fitch and A1 by Moody’s. GuarantCo’s activities are managed by GuarantCo Management Company which is part of Cardano Development. www.guarantco.com

The Private Infrastructure Development Group (PIDG) is an innovative infrastructure development and finance organisation which encourages and mobilises private investment in pioneering infrastructure in the frontier markets of sub-Saharan Africa and south and south-east Asia to promote economic development and combat poverty. PIDG delivers its ambition in line with its values of opportunity, accountability, safety, integrity and impact. Since 2002, PIDG has supported 183 infrastructure projects to financial close and provided 243 million people with access to new or improved infrastructure. PIDG is funded by six governments (the UK, the Netherlands, Switzerland, Australia, Sweden, Germany) and the IFC. www.pidg.org

About the Asian Development Bank

The Asian Development Bank (ADB) is committed to achieving a prosperous, inclusive, resilient, and sustainable Asia and the Pacific, while sustaining its efforts to eradicate extreme poverty. In 2018, it made commitments of new loans and grants amounting to $21.6 billion. Established in 1966, it is owned by 68 members—49 from the region. www.adb.org