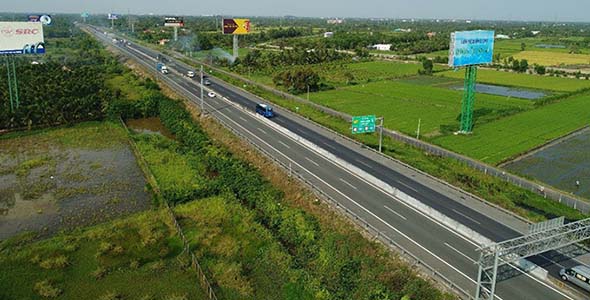 GuarantCo has provided a VND 1,150 billion (circa USD 50 million) guarantee to Ho Chi Minh Infrastructure Investments JSC (CII) to support the issuance of CII’s first 10-year bond. CII was set up by the Ho Chi Minh City (HCMC) government in 2001 to attract private sector investment into infrastructure development. The proceeds of the bond will be put towards the construction of an expressway project in the Mekong Delta.

GuarantCo played an active role in shaping the transaction, leading to the issuance of the bond, and attracting long-term domestic institutional investors as the target investors. GuarantCo’s additionality in extending the guarantee has enabled CII to issue its first 10-year bond.

The toll road is intended to ease the significant traffic congestion currently faced by commuters and truck drivers travelling between HCMC and the Mekong Delta. Both areas are key economic corridors, with activities including agriculture, fisheries, garment manufacturing and tourism. The four-lane expressway is expected to improve the safety of users, as the current national motorway cuts through the towns, where heavy transport vehicles travel the route along with motorbikes.

The expressway will provide employment for around 4,000 people and will promote safe travel thereby reducing the number of accidents. Approximately 4 million people will benefit from the new expressway during the initial years of operations.

The Government of Vietnam recognises the need for private sector involvement to support its national development plans to include improvement of road networks including the new expressway. As part of the government’s national development strategy, improved connectivity will act as a catalyst for further economic development.